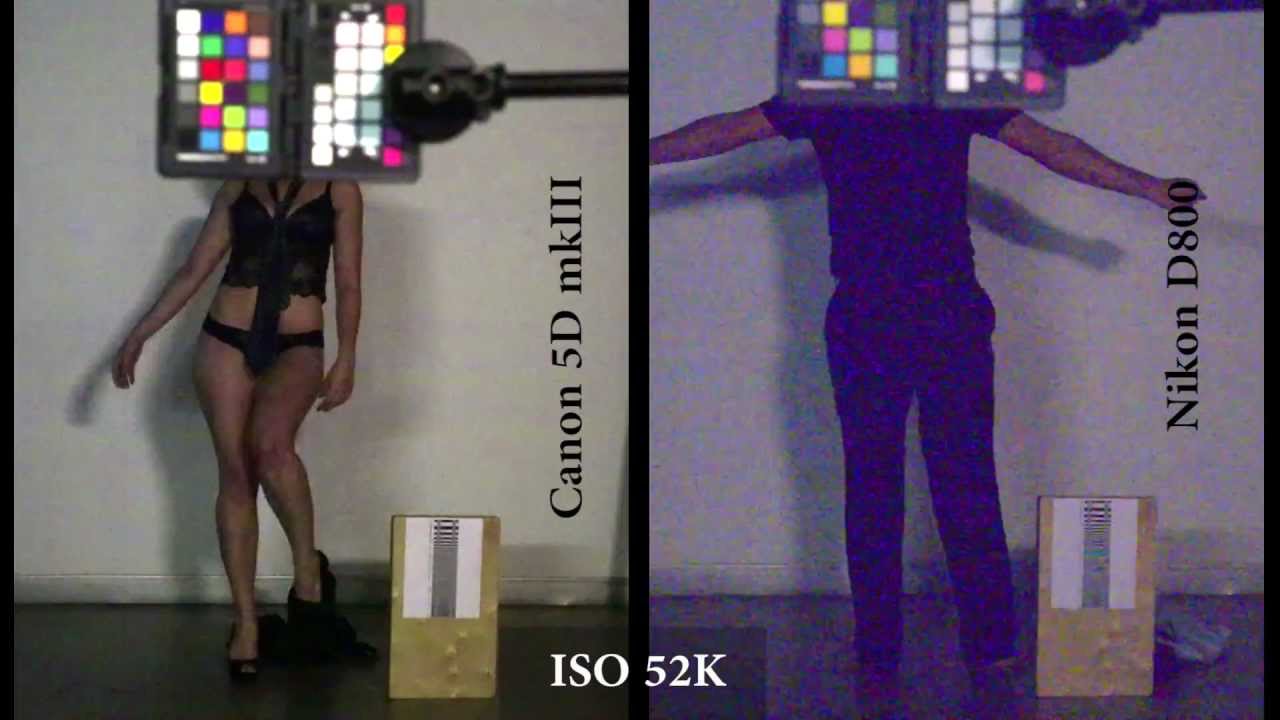 Both the Canon 5D Mark III and Nikon D800 have been out for a few weeks now, and here’s what we’re all wondering: Which is the better mid-range, professional-grade camera? This hilarious shootout between the two does an excellent job of showing some of the differences.

The video’s tongue-in-cheek tone aside, the comparisons are actually very well done. The folks at Crisis Lab outfitted both cameras with identical prime lenses, and tested performance in some key areas like image resolution, rolling shutter, video resolution, and low-light video quality. The test reveals that the Nikon D800’s 36-megapixel sensor has better image resolution than the 23-megapixel 5DMKII — but not as much better as you might expect.

As for video, the rolling shutter distortion is very similar on both cameras. (Rolling shutter is the weird, wobbly distortion that occurs when objects are moving quickly through as DSLR’s frame while shooting video.) But put both cameras in a dark room with strippers to test how they hold up with ISO sensitivity is jacked up while shooting video, and you’ll see the 5D Mark III demolish the D800.

You should really watch the whole video and check out Crisis Lab for more insights on the cameras. Or at least scroll to the end so you can cringe when they smash down on the 5DMKIII with a big, heavy iron tool.

For more on these cameras, be sure to check out our reviews of the Canon 5D Mark III, the Nikon D800, as well as our video comparison. [Crisis Lab]