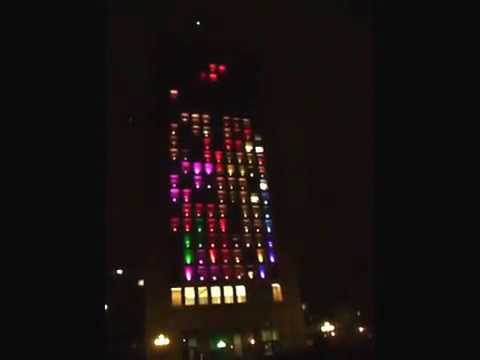 Over the weekend, a renegade group of student gamers from MIT hacked the Green Building, home to the MIT Earth and Planetary Sciences Department, to play a giant game of Tetris.

True, they’re not the first to have done this — Brown University and Delft University in the Netherlands both pulled the same stunt years ago — but it’s still an impressive feat of hacking skill and gamesmanship. And it’s rather pretty to watch. [Mashable]