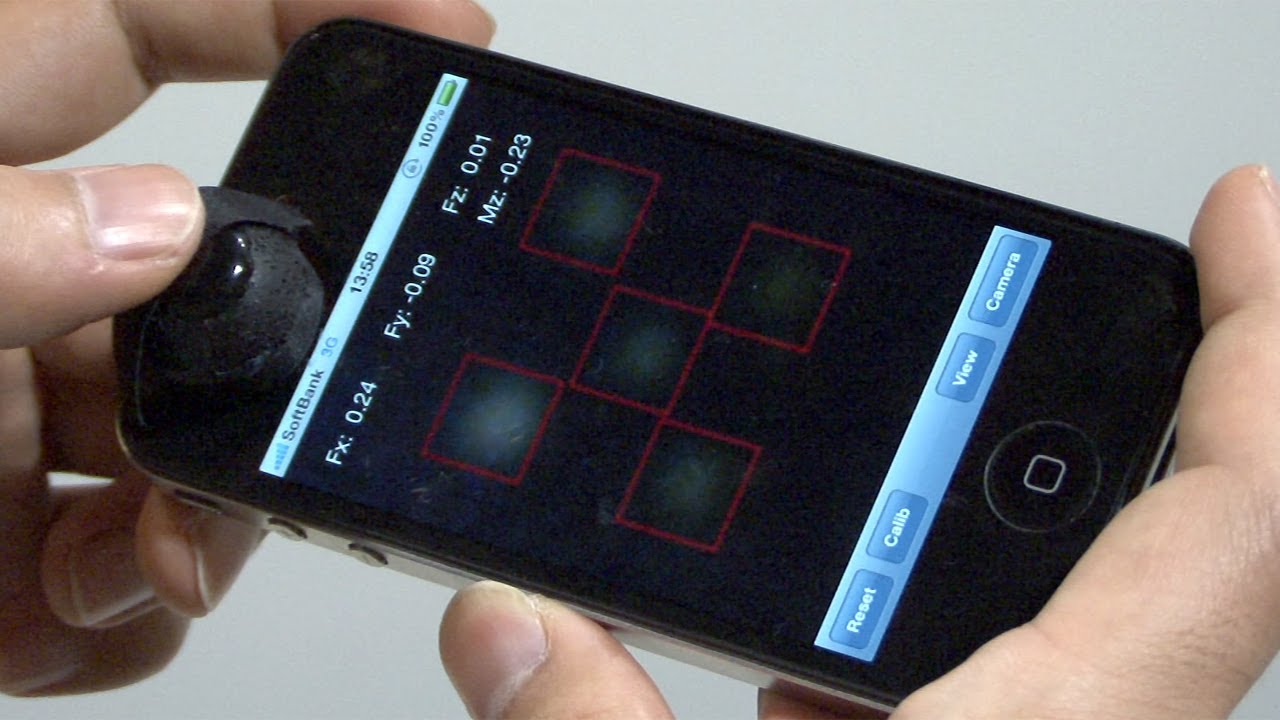 Touchscreens work fantastic for certain types of games, but when there’s a lot of fast action, a physical joystick is the only way to go. And researchers at Keiko University have developed a controller that doesn’t need batteries or a connection to your device.

Unlike the JOYSTICK-IT which provides similar functionality by physically pressing on the touchscreen, this joystick sits over a phone or tablet’s front-facing camera. It’s made of a soft rubbery material so as you push it in all directions it deforms, and on the underside is a set of markers that are tracked by the camera as they skew and move. Translating the physical motions into the game.

The accuracy of the system is dependent on the resolution of the device’s camera and its processing power, since it needs to track the markers while a game is actually being played. And developers will have to specifically include support for the joystick, where as other solutions work right out of the box. [DigInfo via Engadget]