This Roll Cloud Seems To Go On Forever 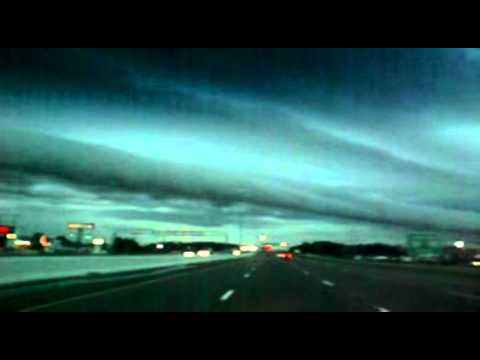 Roll clouds may look gorgeous off the coast of Brazil, they may be a common sight over Queensland, but they appear downright menacing when spanning the horizon above Richland, Mississippi.

Daniel Blake Fitzhugh captured the impressive footage a phone camera just outside of Jackson back in 2010. “It had been cloudy and windy all day,” Fitzhugh told Live Sciences. “I was heading north and the cloud was going west to east. I noticed it and was extremely surprised! I had never seen anything like it before.”

This enormous sky tube forms when colder air sinks and pushes warmer, moist air up from the ground, creating clouds. Swirling winds cause the new, low-hanging clouds to roll over themselves like a wave’s barrel. And while roll clouds often precede thunder storms, the phenomenon is not attached to the main bulk of a storm front like the related shelf cloud. [Livescience]