Survivalist’s Snowboard Transforms Into Skis, A Shovel And A Saw 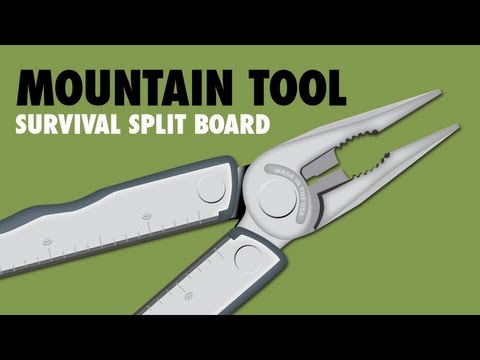 The folks over at Signal Snowboards like to take time out every month and see what kind of crazy snowboard contraptions they can come up with. And this month they created the perfect snowboarding multi-tool for those who like to get away from it all.

The Survivor Split — as they dubbed their creation — not only separates into two individual skis for traversing flat snow-covered surfaces, it also has a third-section that can be used as a long-handled shovel for digging. To make the snowboard even more useful, a saw blade for cutting wood unfolds from one of the skis, while a strip of flint along one edge makes starting fires extra easy.

Since the board isn’t exactly pocket-friendly I don’t think Victorinox has anything to worry about. That is until Signal Snowboards decides to put a flash drive on there too. [Signal Snowboards via Gizmag]