Sony’s Smart Outlet Will Make You Pay For Power 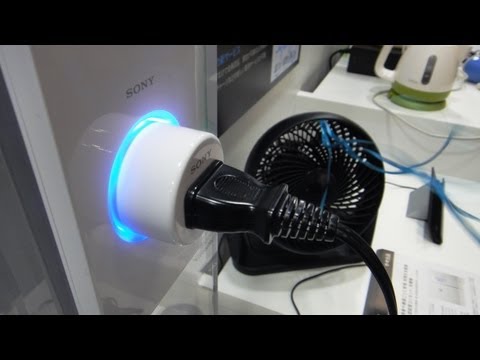 Last month, Sony announced its intentions to unleash two “smart outlets” on the world that would use NFC and RFID to authenticate users and monitor electricity consumption on a micro level. While it may someday be handy for charging up electric cars, in the near-term it’s more likely that in the near future, you’ll be paying hard cash to juice up your phone at the airport.

Because the new outlets would be able to to cut the flow electricity if the owner isn't authenticated, this opens up the possibility of charging stations cutting you off after a certain time, or even a service where you pay for electricity by the minute. Perhaps the only thing preventing pay-for-power in the past was a lack of technology; airports do charge for Wi-Fi, after all.

Being charged to top off your battery on the go would be a pain, but it's not a total catastrophe as long as the technology makes public charging stations more common. Electricity isn't free, spending a few bucks to power my phone beats facing jail time for siphoning juice any day. [ArsTechnica via Intomobile]