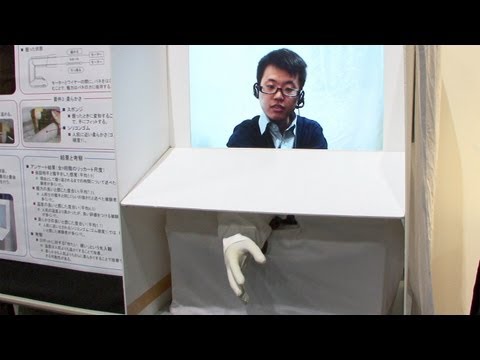 Video conferencing can be a cold and impersonal way to conduct business, but researchers at Osaka University in Japan think they can change that by having the participants first perform a tele-handshake using a robot hand that matches the other person’s grip.

In order to make the handshake feel as real as possible, the researchers made the hand from soft silicone filled with a sponge-like material. It’s not quite the perfect human analogue, but they then heat up its outer layer to around 37C, slightly warmer than an actual human, which when combined with a grip that matches the person on the other end is apparently enough to create a convincing handshake.

Of course if it doesn’t catch on as a business tool — which it probably won’t — there’s no doubt there’s still going to be plenty of interest for this contraption for single lonely males who have another kind of business in mind. [DigInfo TV]