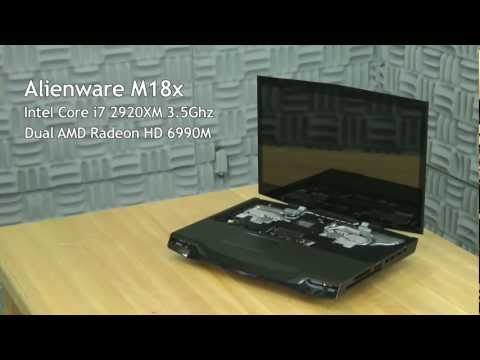 Most laptops can barely handle a late-night YouTube session without reaching sperm-scorching temperatures. So if you dabble in over-clocking, you’ll be frying eggs in no time. That is unless you’ve got Asetek’s new liquid-cooling system for laptops.

Liquid cooling is already inherently more efficient than air-based systems because liquids have much greater thermal mass. But Asetek has another trick up its sleeve. Most laptops use separate heat sinks for each processor which means that unused cooling potential from the CPU can't be used to cool the GPU if it needs it more. So Asetek's liquid system combines them into one unified, heat-dispersing apparatus. This means that cooling potential can be used wherever it's needed most, regardless of its origin.

Judging from the size of the 'laptop' in the video, it's safe to say that this technology won't be coming to an ultrabook near you. At least any time soon. But in the mean time, serious overclockers can rejoice over the fact that they'll no longer have to lug around a bookshelf-sized desktop to all their LAN parties (do people still do those in person?). No word yet on pricing or availability. [Asetek via Technabob]