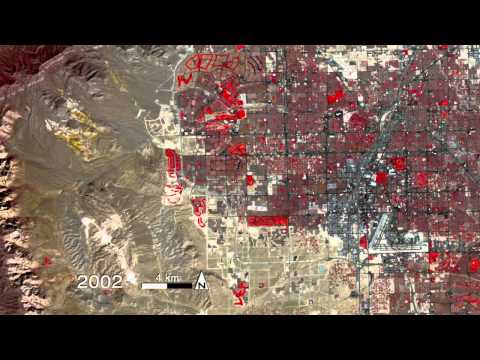 The images were taken by some of the many Landsat satellites that have been launched into orbit. These satellites “have been instrumental to our increased understanding of forest fires, storm damage, agricultural trends and urban growth” through the entire world.

According to NASA, the next Landsat satellite is scheduled for a launch in January 2013.