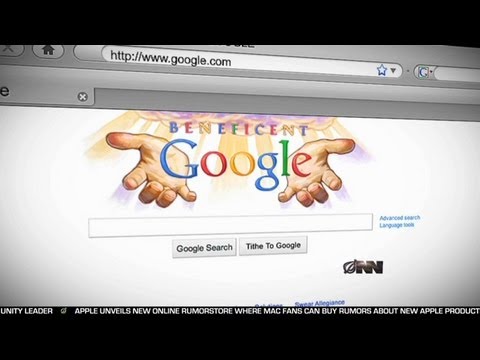 According to The Onion, Google reportedly shut down its Gmail servers for almost two hours today. Maybe the company is getting tired of its ‘nice guy‘ image?

When anyone tried to sign on, they were greeted with the following message instead of access to their email:

Tremble before Google! With the mere flip of a switch, we can bring you to your knees.

After re-establishing a connection to their servers this afternoon, the search giant then updated the Google doodle on its home page and issued the following statement about the lockout:

...if not appeased with a 20 per cent increase in Google Chrome downloads by the vernal equinox, we will take back our generous gift unto mankind of coloured Conversation labelling.

You'll also want to check out The Onion's full News Blitz clip, which includes reports on Baltimore's attempt to curb crime through the city's new permanent daylight initiative. And the Black Eyed Peas addition of a paraplegic rapper to their group known as TruWheel. [YouTube via Doobybrain]