Did A UFO Buzz This Chilean Air Show? 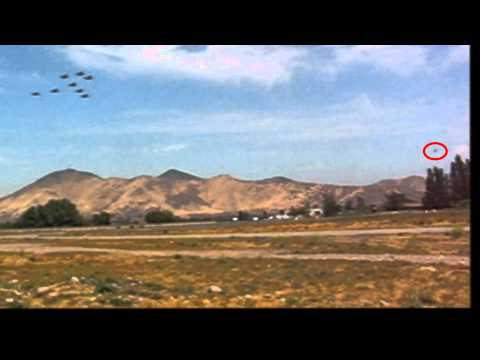 This video is being touted as the new Shroud of Turin for extraterrestrial hunters. It appears to show a fast-moving object cover incomprehensible amounts of ground to zoom and around over a pack of acrobatic jets during an airshow at El Bosque Air Force Base in 2010.

“From different locations, spectators aimed video cameras and phones at groups of acrobatic and fighter jets performing an air show overhead. Nobody saw anything amiss. But afterward, an engineer from the adjacent Pillán aircraft factory noticed something bizarre while viewing his footage in slow motion,” said Leslie Kean, author of the New York Times best seller UFOs: Generals, Pilots and Government Officials Go On the Record.

It certainly does look convincing — the object appears to interact naturally with the environment and have substance, as well as appears to move faster and more nimbly than any man-made flying apparatus this writer is aware of. Then again, the Birdman video looked legit at first too.

What do you think? Hoax or close encounter of the second kind? Let us know in the comments!