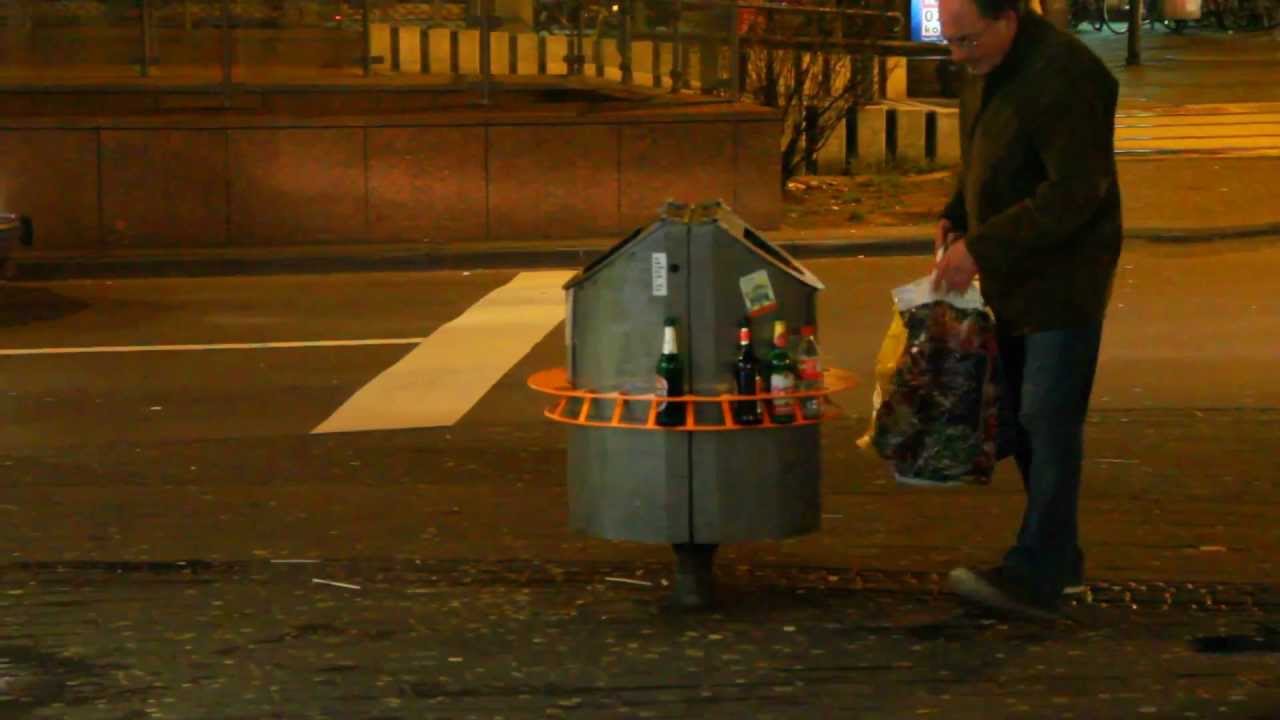 In many parts of the world it’s acceptable to drink in public, so this simple plastic ring provides a clean temporary place to store empty containers until they’re claimed by someone who wants to recycle them.

Without the Pfandring — which translates to Pledge Ring in english — bottles and cans are either just tossed away, or left piled up on the ground around public trash cans. Either way, people who recycle used bottles or return empty containers for money have to dig through the trash, and that sucks.

Created by design student Paul Ketz, the Pfandring is also very easy to retrofit to existing garbage cans since it basically just wraps around it like a belt. And since it’s made from plastic, it should be a far cheaper way for a city to encourage recycling instead of having to upgrade to bins with separate compartments for trash and recyclables. [Paul Ketz via Technabob]