Your Old Blackberry Now Functions As A PS3 Remote 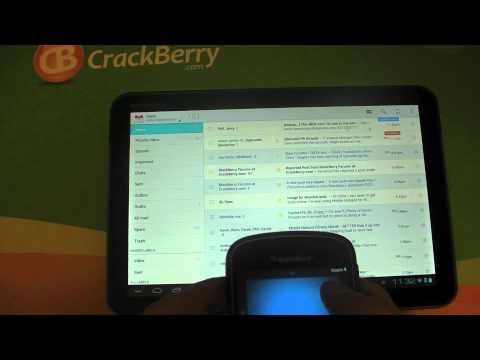 To go along with the release of the PlayBook 2.0 update, RIM also included new remote functionality in the BlackBerry Bridge app, so that BB phones can control the PlayBook But as people are finding out, it can control much, much more than just a single tablet.

CrackBerry found that any device using the Bluetooth HID profile can interface with your BlackBerry and the remote app, which means that Android Tablets, Windows and Mac computers, and the PS3 are all compatible. The PS3 is the real gem of the bunch, since its the device that most benefits from the BlackBerry’s keyboard. Anyways, if you have a BB phone laying around, you can download the BlackBerry Bridge app in BlackBerry App World and play around with it yourself. [CrackBerry]