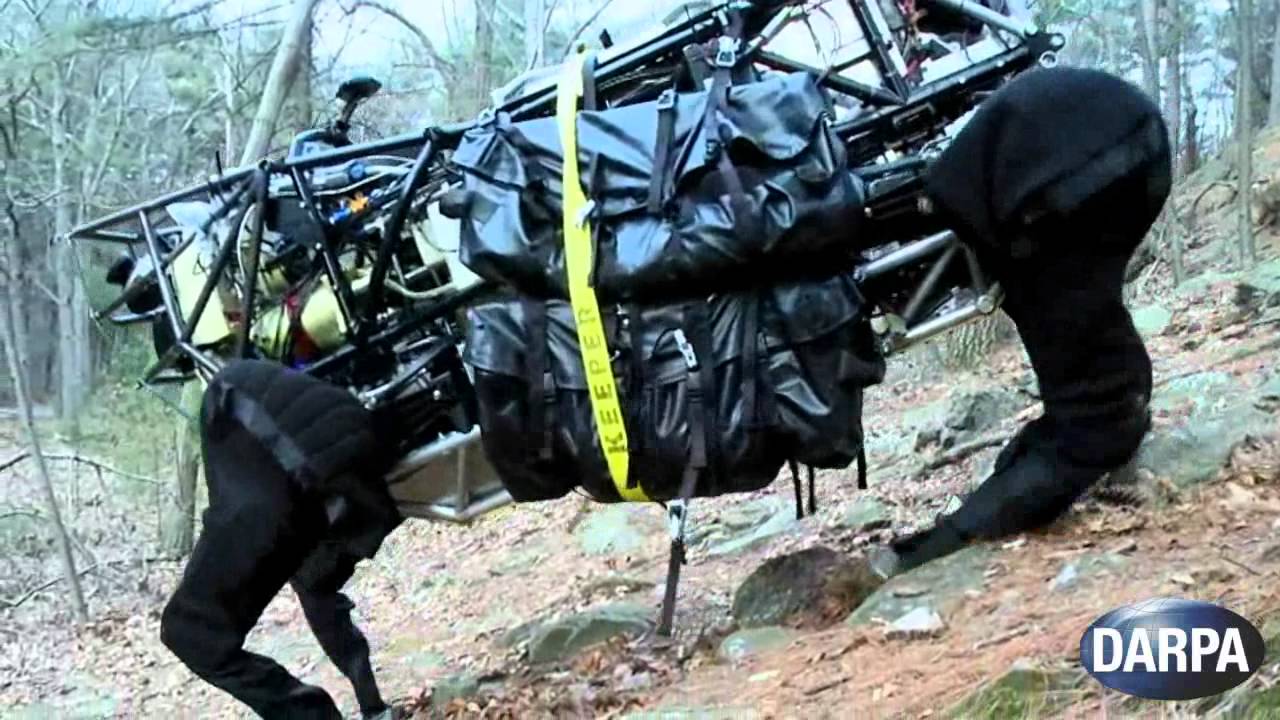 The BigDog robot was terrifying and all, but its big brother the Legged Squad Support System (LS3) is stronger, lasts longer, and should make life way easier for our soldiers. Here’s what it looks like in the great outdoors.

The LS3 runs quieter than BigDog did, because it’s meant to accompany squads in the field. Right now it’s being tested to carry 180kg for 30km over 24 hours without being refuelled, which should cut down on the 45kg+ individual soldiers have to carry around.

I know the instinct is to play this forward into the Terminator scenarios, but these robots are staggeringly cool, and I absolutely want one to carry my stuff around if they ever make it down to the civillian level. [DARPA via IEEE]