Watch A Motorcyclist Survive Being Clotheslined 25-Feet In The Air 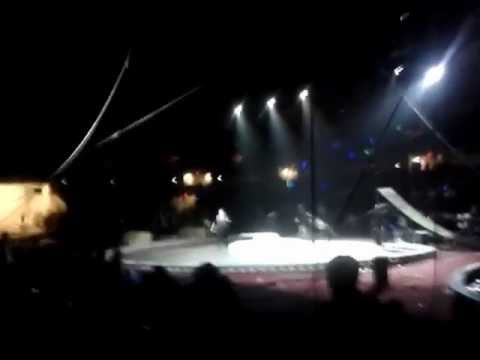 A circus performance at the The Dow Event centre ended abruptly when a motorcycle jump went horribly wrong and the rider hit a wire at the apex of his jump. Warning: Strong language.

Motorcycle rider Josh Headford suffered a broken leg, wrist, elbow, and shoulder after falling 25 feet to the ground after hitting the wire. Headford told the AP, “As soon as I saw the cable, it caught my bike and I went flying. That was pretty much it. It was like hitting a brick wall. I thought I was done — but I’m not.”