How Should Australians Subsidise Digital TV?

Claims that providing set-top boxes to pensioners and the disabled is costing the Federal government $700 a head have kicked off a wave of controversy. Do the numbers actually add up? And what is the best way to ensure that everyone gets access to digital TV when the analogue network gets switched off? Gizmodo and Lifehacker debate the issues.

LIFEHACKER: So the reason we’re all talking about the cost of digital TV set-top boxes this week is a report in the Australian which claimed that it was potentially costing $700 per head to provide subsidised set-top boxes to pensioners ahead of the digital TV switch-off. At the risk of becoming known as the guy who delights in pointing out when statistical claims are rubbish, it’s worth deconstructing that number first off.

Frankly, it’s shonky. The first big problem with the article is that you can’t directly compare the standalone cost of a $700 television with a program to distribute digital TV gear. If the government simply sent a cheque to pensioners and said “buy something suitable”, the media (and the opposition) would have had a field day, talking about wasted money, the confused elderly and a lack of accountability. If — as the scheme does — you include marketing so people know there’s an issue, offering at-home installation and support, and modifying antenna set-ups when necessary, the cost will always be more than simply buying the cheapest set-top box. (Even the Australian qualifies its claims by using the word “could” in the very first sentence.)

The $700 figure deducts the cost of getting Centrelink to help arrange installations, but doesn’t include other costs such setting it up in the first place, or (most crucially) the fact that the scheme offers more than just a set-top box where necessary. Comparing the cost of just the basic viewing gadgetry with the overall cost, which includes at-home demonstrations, is not helpful or even particularly honest.

Also relevant is that prices in consumer electronics fall over time: if the government had originally allocated $100 towards a set-top box, you could still argue now that this was overpriced in a market where they are $40. However, they didn’t cost that much when the program started, and labour costs haven’t fallen at anything like the same rate (if at all).

The “average” figure was calculated by dividing a claimed cost of $54.5 million ($69.5 million less $15 million for Centrelink’s role) by 77,400 installations in regional Victoria, Queensland and South Australia. However, we only have the Australian’s word for this; the general figures haven’t been published yet.

It’s also worth reminding people that average costs are often meaningless. For example, as the scheme includes setting up satellite systems for a handful of people outside good reception areas, that will push up the average cost. It also ignores the potential for system costs (like those for Centrelink to contact people) to drop over time, since entirely new systems won’t be needed when the program moves to new areas.

At the end of the day, the presumption that you could have spent $700 on a television or $40 on a set-top box and spent nothing else simply ignores all those issues to create a sensational headline. There’s undoubtedly room to argue over the best way to ensure everyone gets access to digital TV, but there’s little value in an argument that starts from such ludicrous premises, I’d suggest. Having got that out of the way, let’s ask: could it have been done better?

GIZMODO: That’s going to be the exact political football that will be kicked around at the heart of this issue; the opposition will cry foul at the cost of each box — using, as you say, figures that could well be rather rubbery in their application. Antenna installation in particular could well explain a chunk of the cost.

Sadly, I’ve grown to expect that government waste is something that we should be accustomed to, no matter which political ideology you more closely associate yourself with; the current government seems pretty good at it, but then so was the previous one. The example that always sticks in my brain is the $80 million-and-change that was spent on Netalert, a system that ended up being used by something like one per cent of Australian families. That was Liberal policy, and (like the set top boxes) the general intent was fine — but a lot of money was spent and ultimately wasted. Still, it’s traditional for oppositions of any stripe to jab in on any costs issues, so I guess it should be expected. Whatever the figure is, there’s likely to have been some wasted money.

It’s notable that at least one TV manufacturer jumped onto the bandwagon, both because it appears to match his political ideology, but naturally also as a way to flog his TV brand. That’d be online retailer Ruslan Kogan, who highlights just how cheaply his company sells digital TV gear. In the interests of equal coverage, I’ve got to point out that there’s a number of TVs you could buy right now (including his) that would cost below that $700 figure. But Kogan’s a past master of opportunistic press releases, so it was no particular surprise at all to see him piling in (and adding even more mathematical misinterpretation in the process: he interprets the average as representing the minimum cost, which is just nonsense.) The whole “we could sell a new TV cheaper” argument also neglects something else that should be central to this debate: Waste.

Everyone who thinks automatically that the elderly and disabled should simply have been handed a 32-inch LCD and told to get on with it are ignoring the fact that there’s a sizeable TV audience that doesn’t care a whit about how the TV works; they just care that it does. If they own a TV and know how to use it, they don’t want to change.

I’ve personally instructed some of my own elderly relatives in how to use certain TV functions (being siblings, Angus and I share some but not all of these relations). Despite my best efforts, ultimately it doesn’t sink in. They’re not daft people; they’re just not interested in the why of these things, and any time you’re not interested, you’re not likely to take things in.

I personally don’t much care how my car works, which is why I leave major repairs to my mechanic. This is similar. And in the case of set top boxes, what’s being replaced by these mythical $700 TVs are perfectly good television sets. Yes, many of them may be older CRTs, but what’s the advantage, exactly, of sending a working TV off to landfill?

So you’ve got working TVs, and for those people, a set-top box makes a lot more sense than a replacement TV. This means installation and education, and those things aren’t free.

It’s worth pointing out that while plugging an HDMI cable into a flat panel is fairly painless, it’s significantly more complex if you’re sending someone who’s not interested in technology a box with multiple outputs and telling them to install it themselves.

Kogan’s blog post has an interesting quote on this, stating that his set top boxes had a “one cable” installation process, and that his staff could provide internet and phone support. I’m sure that’s true, but out of curiosity, I grabbed the product manual for one of his set top boxes off the internet to check. (Kogan products eschew including a printed manual, arguing buyers can download it if they need it.)

In the context of the elderly, it’s worth noting that 2008 figures (I’m citing data from here, but the numbers are sourced from the Australian Bureau of Statistics) suggest that while Internet usage amongst the elderly is increasing, it was only at 40 per cent back then. As such, this option might not have been open to them. This isn’t to broadly paint the elderly as incapable of dealing with technology, but merely to assert research findings that suggest that a proportion of that audience either doesn’t use the Internet, or doesn’t want to.

But presuming that said elderly person was amongst the 40 per cent (or whatever it is now; probably higher, but history suggests still lower than the general population) and downloaded the manual for installation, what would they get? My inner pedant wants to point out that I can see more than one cable there, but the bigger issue is this: I can tell what these instructions mean, but I suspect many people would not find them easy to follow. This is where having an actual on-site installation person to hand will help. After all, if the boxes were just delivered with a “get a relative to install it” sticker on it, how great would the outcry be then? 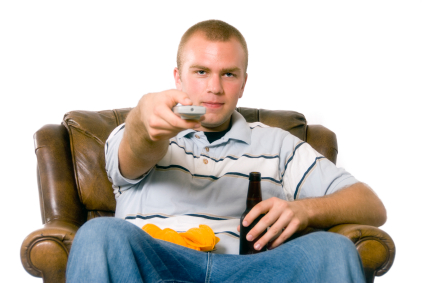 LH: The outcry would be considerable. Having had to use Kogan’s internet support options on a couple of occasions, I also wouldn’t go out of my way to recommend them to other people.

So here’s where we are: there’s broad agreement that there needs to be some sort of scheme to ensure the less well-off don’t suddenly find themselves TV-free. That scheme will necessarily involve both supplying equipment and helping set it up, which means simple comparisons to the cost of a TV or set-top box are meaningless. Is it possible to organise such a scheme in a cheaper or more efficient way?

Giz: Exactly. Digital readiness programs in other countries that I’m aware of have generally run along similar lines (the UK) or taken a more feral “you’ll just have to deal with it and it’s all happening at once” approach (the US). So if readers can point out better practices from elsewhere, that’d be grand.