Heat-Seeking Robot Absorbs And Shares The Warmth In Your Home 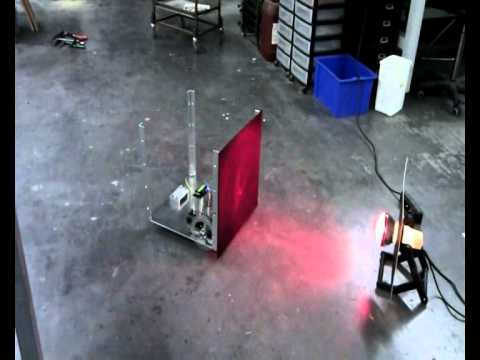 It’s useless for keeping your floors clean, but those of us who hate the cold will certainly appreciate this concept Hagent robot that seeks out the warmest places in your home, absorbing the heat to share with you later.

Think of it as an autonomous roaming heater, but instead of generating its own heat, which would chew through a set of batteries in no time, it hunts down and steals the warmth from other items in your home. So for example, as the robot follows you into your living room, it would detect that the fireplace is producing considerably more heat than you are, so would park itself at a safe distance allowing its internal mechanisms to absorb as much warmth as possible.

Then, when you went to your bedroom at the end of the night, the robot would follow you there and using its sensors would determine that room was a lot colder than the last. So, instead of trying to absorb more heat, it would emit what it had stored, warming its surroundings as much as possible. It’s kind of like a high-tech approach to using warm rocks from a campfire to heat your sleeping bag, but with less risk of a deadly fire. [Daniel Abendroth via Ubergizmo]