Strapping A Space Engine To A Crane Looks Fun 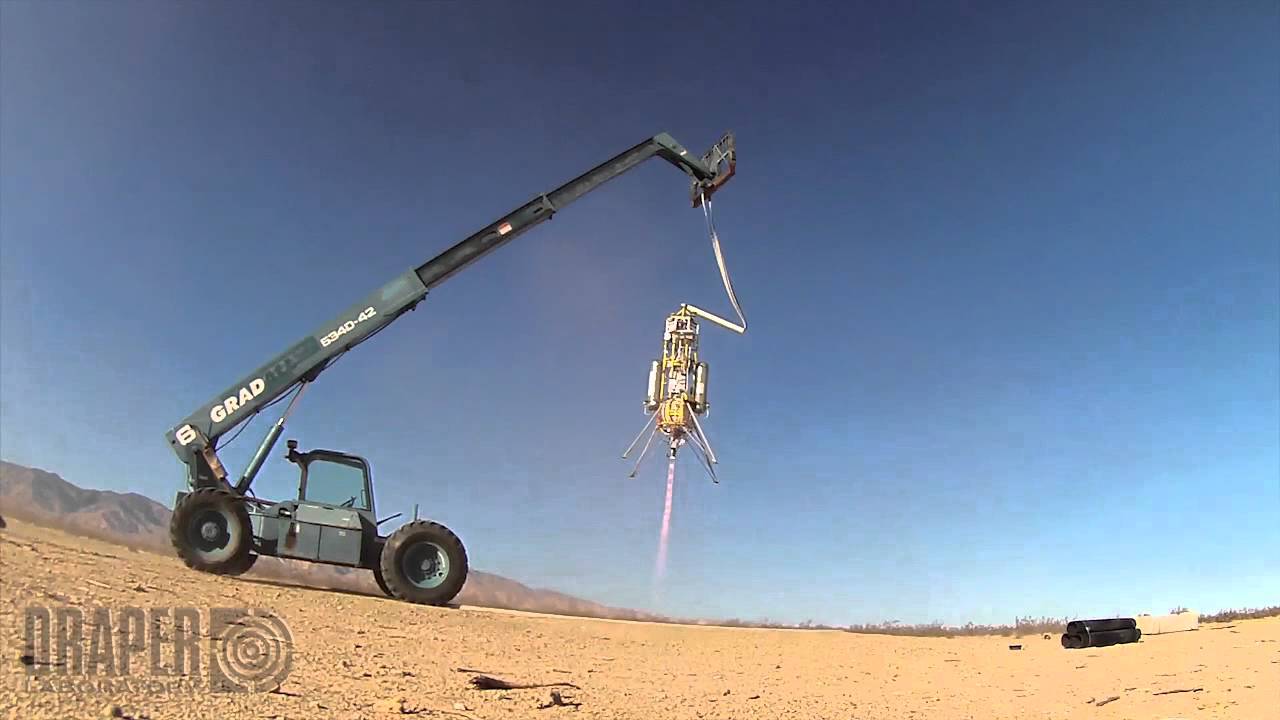 It’s important to test our space gear before it heads upwards — otherwise these things tend to break. But simulations can only go so far. This crazy looking rocket test gives scientists the full experience right here on Earth.

The method above, developed by non-profit tech firm Draper Laboratory and NASA, is essentially tying a firecracker to a string. By locking the Xombie suborbital rocket to a crane, scientists were able to give their electronic payload a hot run that would otherwise be impossible with an aeroplane or computer sim. All the rumbling and heat of a real flight is stirred up in the middle of the desert — just hope that rocket stays pointed in the right direction. [Draper via BoingBoing]

Update: Draper wrote in to explain how the testing system works. Turns out, the plan is to remove the crane entirely!

The crane that is shown there is a safety precaution; what would allow NASA to test its payloads in a realistic way without going to space is the GENIE(Guidance Embedded Navigator Integration Environment) System that we developed and have on top of the rocket.

The challenge here is how to fly these sensors in the same way that they would be flying if they were on a spacecraft that is landing on another planet. By using a suborbital rocket for this purpose, it’s much cheaper than an actual space launch. So GENIE controls the suborbital rocket, and keeps it on a path that replicates a planetary landing.