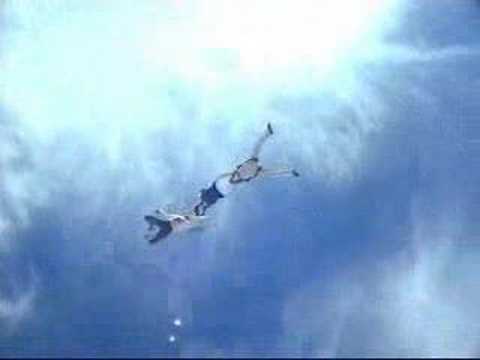 This is Greg Gasson, and he’s either the bravest or craziest man alive. Why? He has a habit of jumping out of planes without a parachute. Sure he brings one with him — nobody’s dumb enough to leave home without it — but it’s not like he wears the thing.

Instead, as you can see from the video, he simply carries his gear along with him and grips tightly as he deploys it. That jerk when he initially slows down looks painful — like shoulder-separating painful. Any idea how he holds on?