This Bizarre New Crab Species Eats Its Own Arms 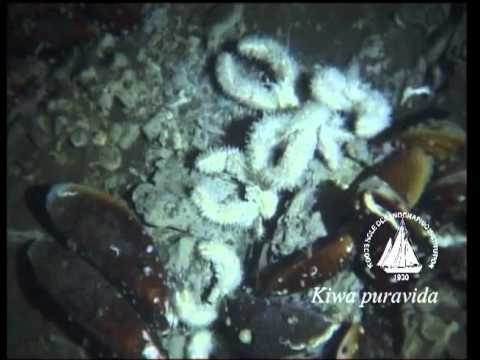 This is one of the weirdest animals I’ve ever seen: a furry white crab that only eats the bacteria that grows on its own claws and arms. It looks like a disgusting white christmas ornament that eats its own bristles.

This large yeti crab species, identified by marine ecologist Andrew Thurber, allows a symbiotic bacteria to grow on the bristles all over its body, coating them. The albino furry crab grows the bacteria — which is fed itself by methane and hydrogen sulphide gas — only to harvest it with the combs that are part of its mouth.

The species have been named Kiwa puravida (which means pure life) and it was discovered six hours from Costa Rica’s coast, deep down on the ocean floor.

I wish I could eat stuff growing off my hands, but they will look weird with pork chops attached to them. Almost as disgusting as this thing, actually. [Nature via Discover Magazine]