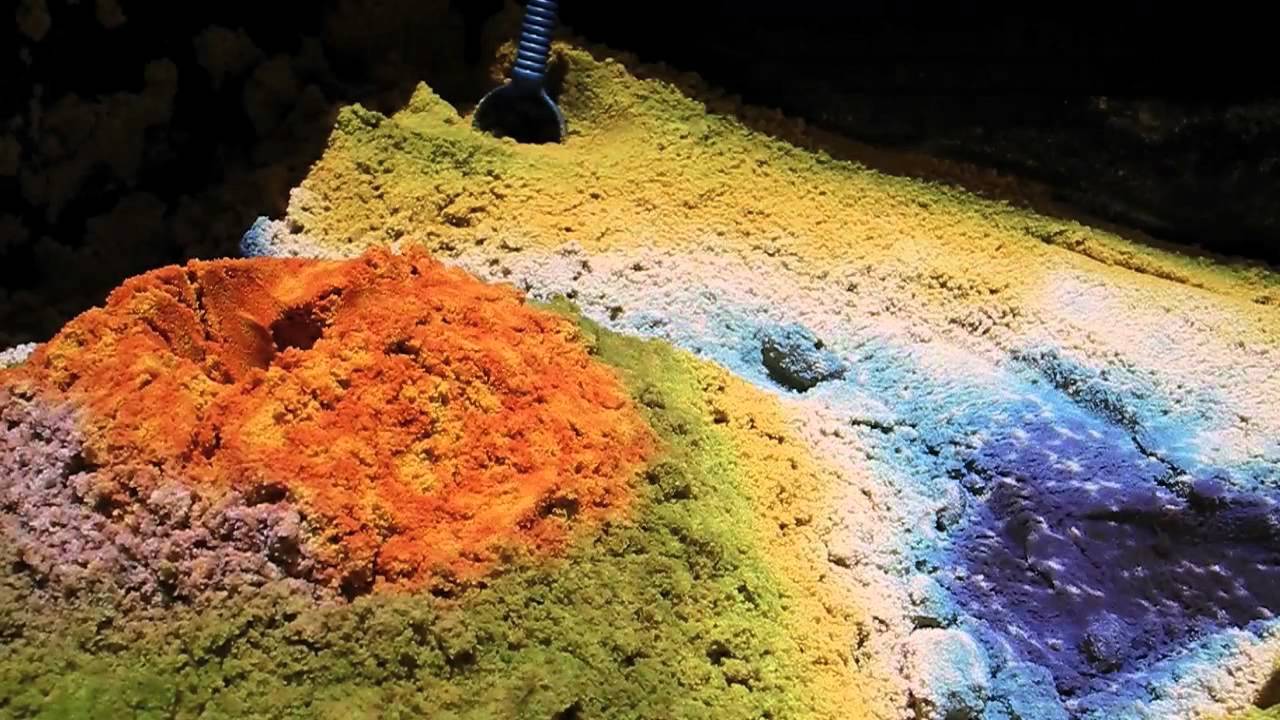 An imagination is no longer required to enjoy a sandbox, thanks to some Czech students, who use a Kinect sensor and a projector to map interactive animations of hills and rivers based on how deep the sand is.

Created by Peter Altman and Robert Eckstein from the University of West Bohemia, the SandyStation uses a Kinect sensor mounted a couple of feet above the box to continuously measure the height and depth of the sand. While a connected PC running custom software they developed then feeds a projector which maps interactive animations and visual topography cues onto its surface.

Higher areas appear green like lush mountains, while the deepest valleys fill with blue water, becoming lakes and rivers. The topography can be reshaped in real time by digging around in the sand, which will interactively change the flow of the water. And by punching a hole into the top of a mountain you can even create an active erupting volcano, with lava that’s extinguished once it hits the water. I’d just be happy with a similar system that highlighted the areas of a sandbox soaked in cat urine, but this is pretty great too. [SmartMania via Engadget]