It's like that shot of the Stormtroopers on the beach in Rogue One, but even better, because King Shark's here. (Image: Warner Bros.)

Updates From The Suicide Squad, John Wick: Chapter 4, and More

Watch A Drone Chopper Land On A Moving Target 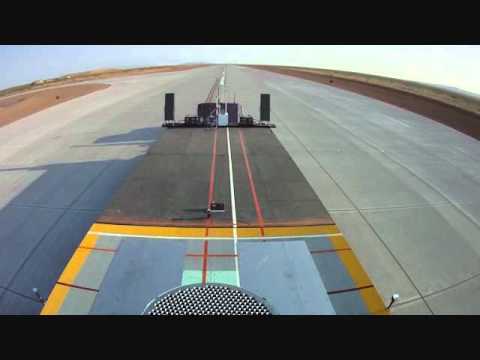 How can you make an autonomous helicopter cooler? By teaching it to land by itself on a moving platform, that’s how.

A team from DCNS and Thales have developed the technology required for a Boeing H-6U Unmanned Little Bird rotorcraft to land itself on a moving target. It’s hard to believe, but this doesn’t involve magic or remote controls. The helicopter does it all by itself — largely using computer vision techniques. The chopper uses information from its cameras to predict the motion of its landing spot, simultaneously working out a trajectory which will allow it to meet its target smoothly.

But while it’s obviously mindbogglingly cool, it has a practical application, too — and no, it isn’t anything to do with the next Bond movie. It’s actually the crucial next step in making wider use of autonomous aircraft: deploying them from ships.

Currently it’s easy to launch a drone from a ship. But it’s it’s virtually impossible to get it to land again, because the ship’s moving in all three dimensions, especially in rough seas. This changes the game completely. Now watch the video and quit daydreaming about becoming a pilot. [sUAS News]