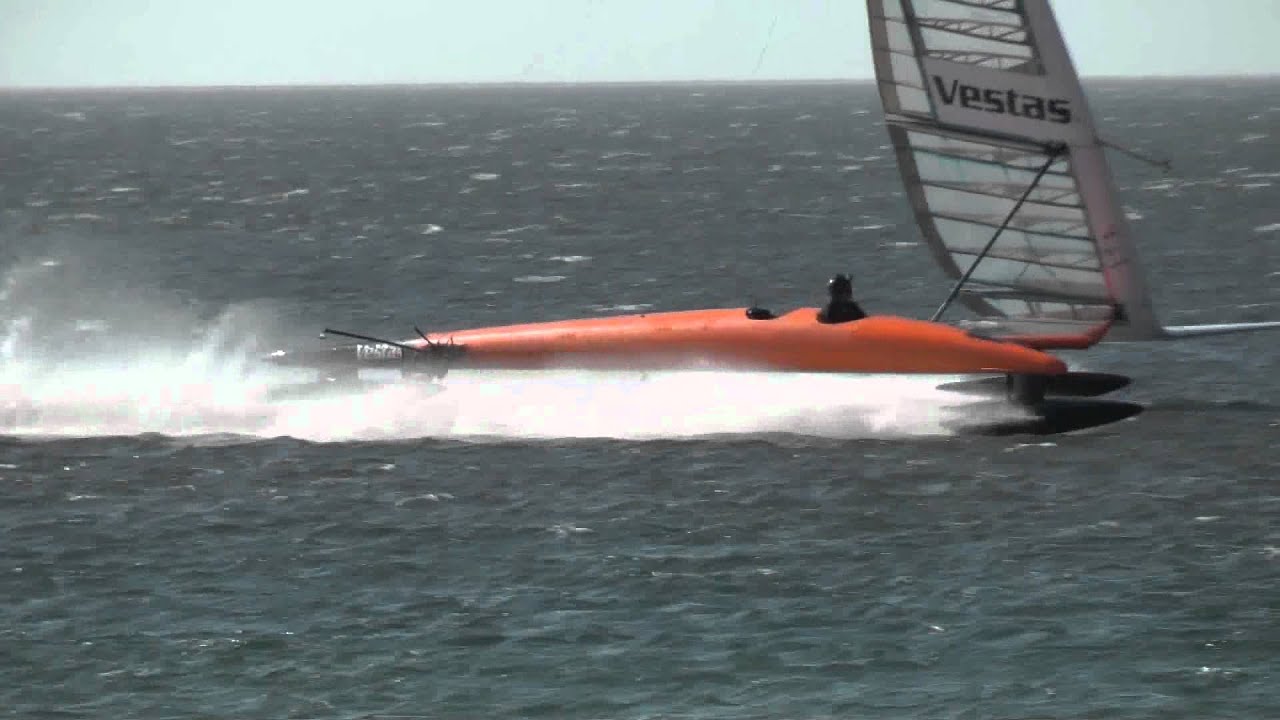 While not quite as imposing as BMW Oracle’s USA-17, the Vestas Sailrocket Mk.II is no less impressive. It’s aiming to top 105km/h on wind power alone — the water-borne equivalent to going plaid — and break the short-distance world speed sailing record.

The VSR2’s unique shape is a result of its being expressly engineered to do one thing: Go very fast in one direction. The fuselage is offset at a 20-degree angle from the sail to minimise drag when at speed, the only part of the vessel that actually touch water are two specially designed fins, and the main sail is both asymmetrical and tacked to the starboard side of the vessel to most efficiently catch the winds of Walvis Bay in Namibia where it is being tested. The VSR2 team is attempting to break the current record for short-distance (500m) speed sailing currently held by American kite-surfer, Rob Douglas, who set a record of 55.65 knots (103km/h) in October of 2010.

On paper, the VSR2 should be able to top 105km/h under ideal conditions, but given these high-speed catamarans’ predilection for flipping and breaking masts, just getting up to speed doesn’t seem like it’d be the most difficult part. [SailRocket via DVice and Gizmag]