Safely Cross The Street With An App That Watches For Traffic 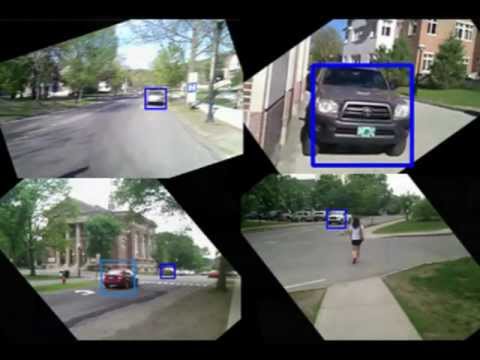 Realising that we’ll be perpetually distracted by smartphones, researchers have created an app that uses their built-in camera to automatically check for oncoming traffic, making crossing the road while talking on the phone a less dangerous endeavour.

The app, appropriately called WalkSafe, was developed by researchers at Dartmouth College and the University of Bologna in Italy. Using the camera on the back of the phone, it’s able to detect oncoming cars as far as 50m away using image-recognition algorithms sophisticated enough to deal with the motion and blur of from a moving phone. When a vehicle is detected approaching at 48km/h or faster, the phone vibrates and an audible warning goes off, letting the distracted user know they have to get out of harm’s way.

WalkSafe doesn’t completely guarantee your safety, though. In fact, in its current form, the audible alarm is probably the last thing you’ll hear when you get hit by a car. So the researchers are not only hoping to speed up its performance, but also improve its ability to spot cars at a greater distance, giving the user more time to get out of the way. And there’s the obvious limitation of it only being able to monitor traffic in one direction. Maybe the audible cues of an approaching car’s engine could be used to make this app effective in both directions, as long as the vehicle isn’t travelling faster than the speed of sound. Alternatively, we can all just remember what we were taught as kids and just look both ways before crossing the damn street. [MIT Technology Review via The Verge]