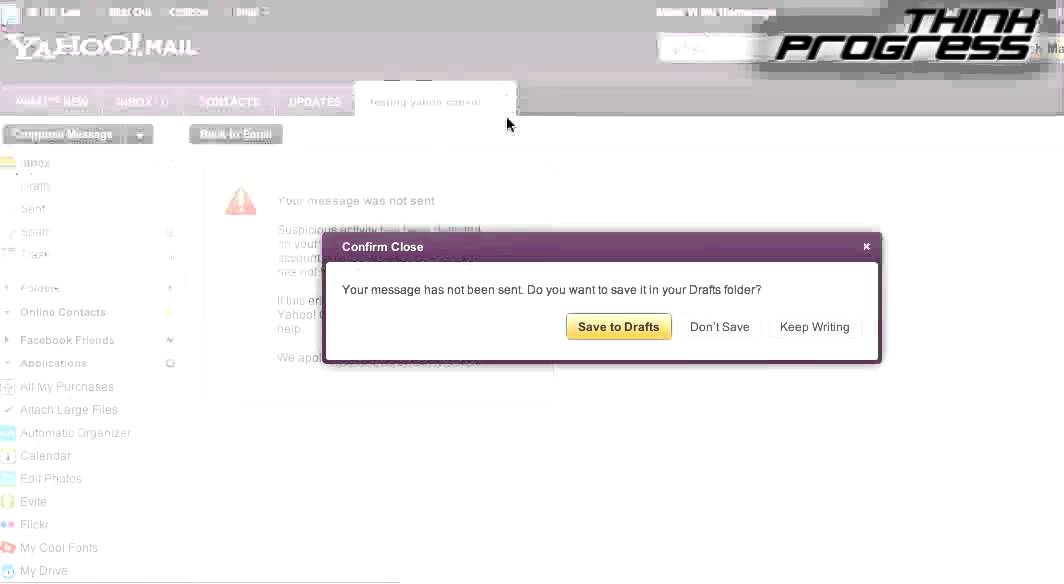 Wall Street has been a mess of bodies and police for the past few days as Occupy Wall Street protests have clogged up lower Manhattan. But there were some congestion problems online too, as Yahoo was reportedly blocking emails attempting to organise the gathering.

Starting yesterday, several members of the Occupy Wall Street group reported being unable to send messages about the protests, and made the video you see above to verify that their messages were being blocked. A Yahoo rep told Gothamist, though, that the “censorship” was simply due to the occupywallst.org URL being incorrectly flagged as spam. When we tried to replicate the censorship, we were able to send and receive emails containing the keywords and the URL, so the issue seems to be resolved.

Yahoo’s still one of the largest email provider in the United States with 90 million accounts, so it would be pretty bad if they were actually blocking messages about a (conceptually) peaceful protest. But of course, it wasn’t Yahoo. It was the spam filter. Yahoo would never side with the government over peaceful dissidents. [Gothamist, Think Progress, All Things D]