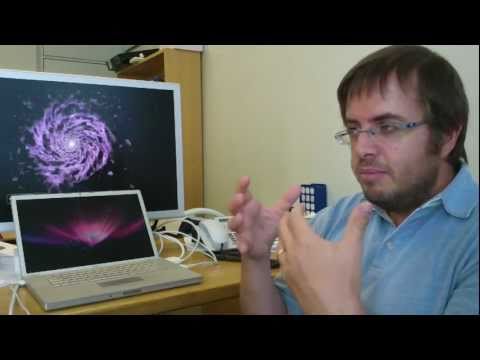 Astrophysicists from the University of Zurich working with UCSC’s astronomers have created the world’s first realistic simulation of the formation of the Milky Way. It’s amazing that all this clockwork perfection came out of such a galactic Charlie Foxtrot.

The video -— which follows the original announcement of the study — starts less than a million years after the Big Bang. Previous simulations resulted in shapes that weren’t exactly like our home galaxy. This one, created with two supercomputers from NASA and the Swiss National Supercomputing Center, resulted in good match of the real thing.

University of Zurich’s scientist Lucio Meyer has a good explanation of how they created it and the implications of their research. [YouTube via La Información via Fogonazos]