This GPS Navigation Device For Cyclists Will Murder You Dead 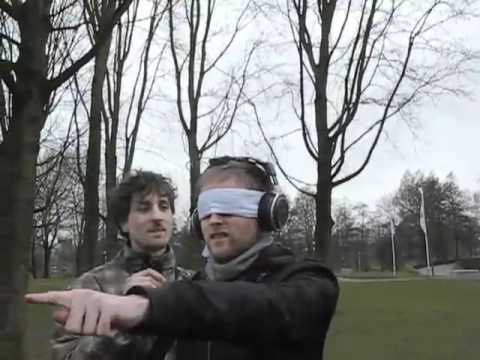 The Oh Music Where Art Thou (great name) team has cooked up a novel navigation device for cyclists. It’s a pair of headphones attached to an Android phone that shifts the audio source left or right to tell you which way you need to go. As you approach a turn, the audio moves to the left or right headphone. In essence, you follow the source of the sound to your destination. As the video above shows, it really works! Until you die.

The sad thing is that there’s an alleged safety component to the headphones. The idea is that by shifting the audio and letting your ears guide you, you can then keep your eyes on the road. It’s a really fantastic idea, that will kill you dead!

See here’s the thing about riding a bike in the streets: you share the street with cars, pedestrians and other cyclists. All of them are dangerous to you. When you see something dangerous, it’s avoidable. Or at least: potentially avoidable, assuming you have time to react. The problem comes in when you don’t see something. That’s when you need your earholes.

Cycling in the city streets demands that you be able to hear. You need to hear the bells rung by other riders, the sound of engines, the voices of pedestrians. You need to be able to hear car horns, busses passing, sirens, brakes, and all sorts of other audible cues that say “you are in danger, look over here!”

Which means wearing headphones is a really, really bad idea. Wearing headphones that you think are making you safer is an even worse idea. An illusion of safety is far worse than the recognition of danger.

Of course, the idea of a navigation device for bikes that lets you keep your eyes on the road is solid! You certainly don’t want to be looking down while you are cycling or driving. And while in a car you can hear turn-by-turn directions, that’s not always true on a bike. There is a great idea buried in this bad one.

I’d love to see something like, for example, a series of bright LED lights along the handlebar attached to a GPS-equipped phone that indicated where you need to go. That way as you approached a turn, the lights would progressively move towards the right or left edge of a handlebar until they were at the very end. (At which point you turn!) That way you could see when to turn without having to take your eyes off the road ahead. Not only could it help give you directions, and indicate distance to turns, it would make your bike more visible to other people sharing the roadway.

But please don’t wear headphones on your bike. I don’t want you to die. [Oh Music, Where Art Thou via Gizmag via Mobilemag]