The Man Who Accidentally Invented The Pacemaker Has Died 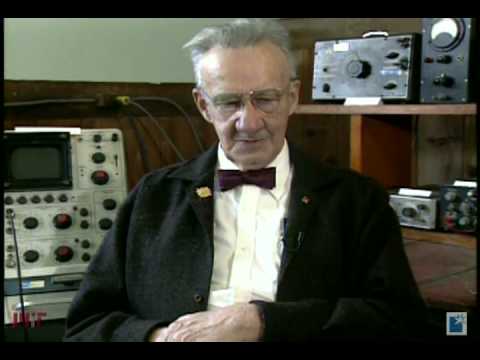 Wilson Greatbatch has died at the age of 92. He was a lifelong inventor. And like many inventors, his most notable creation, the implantable cardiac pacemaker, was discovered accidentally.

In the 1950s, Greatbatch had left the Navy and was working as medical researcher. He was building an oscillator to record heart sounds when he pulled the wrong resistor out of a box. When he assembled his device, it began to give off a rhythmic electrical pulse. It was then he realised his invention could be used as a pacemaker. He spent two years refining his device and was awarded a patent for world’s first implantable pacemaker.

Before then, pacemakers were the size of a TV and shocked patients during use, so you can imagine how an implantable device would change people’s lives. His first pacemaker was implanted in a 77-year-old patient who lived 18 months with the device. In 1985, his pacemaker was recognised as one of the 10 greatest engineering achievements of the last 50 years by the National Society of Professional Engineers.

As pacemakers improved, Greatbatch was increasingly frustrated with battery technology and the limitations it imposed. In the early ’70s, he left the world of pacemakers and began manufacturing lithium batteries. His company, Greatbatch, eventually supplied 90 per cent of the world’s pacemaker batteries.

In his latter years, Greatbatch turned his passion towards the environment, AIDs research and educating the future generation. He was known for his inventor’s spirit which never gave up on a project, even after repeated failures. His persistence paid off. When he died, he held over 150 patents.

Besides his scientific achievements, he was also a husband of 60 years and a father to five children. May he rest in peace. [BBC, Vega Science Trust and MIT]