Come on in, the water's...quite clearly haunted. (Image: Neflix)

Even The Haunting of Bly Manor’s Episode Titles Are Spooky as...

Megapad Is The 23-Inch Android Tablet Hybrid Nobody Asked For 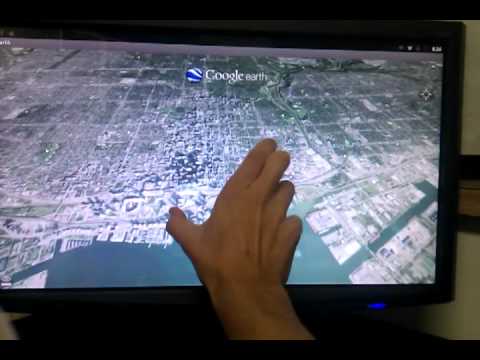 One adventurous DIY-er pieced together his own 23-inch touchscreen device that runs a non-Honeycomb version of Android and only cost $US600 to build. Existing somewhere between a tablet and an all-in-one PC, Martin Drashkov thinks the Megapad could go mainstream.

The technology is built on and around a standard computer monitor and behaves more or less like an Android device would, except that it’s constantly propped up and there’s no mouse or keyboard. But where would a device like this go mainstream? Using the touchscreen functionality of a PC while seated at a desk is an ergonomic nightmare. It could live in a kitchen, or maybe even a bedroom, but that’s hardly mainstream. Save for being used by retail and marketing professionals, for whom custom solutions already exist, this seems more like a pointless, but very neat, proof-of-concept. [Martin Drashkov]