Formula E Is The First Racing Series To Be Certified As...

Fastest Plane In The World Will Be Tested Again Today 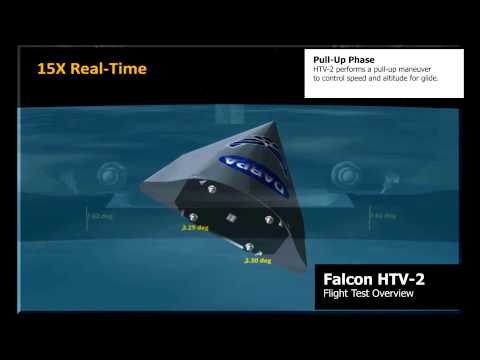 Today, DARPA will be testing the Falcon HTV-2 again, which mysteriously disappeared in its first test flight last year. The hypersonic flight will travel at 20 times the speed of sound from California’s Vandenberg Air Force Base.

Fast enough to travel the 24-hour flight from Sydney to London in under an hour, the HTV-2 was designed back in 2003 as a way to launch weapons at super-speeds. Today’s journey won’t be taking on hackers or UK rioters though, as DARPA plans to send it to the edge of space where it will then separate from its M-IV launch plane, where it will fly by itself at speeds of 20,900km/h to test its ability to cope with temperatures of around 2000C, plus any faults the navigational system may have..

Unfortunately there’s no way to watch the journey live, but the Twitter account @DARPA_News is doing a fine job of updating followers on the activity surrounding the launch. [@DARPA_News via The Guardian]