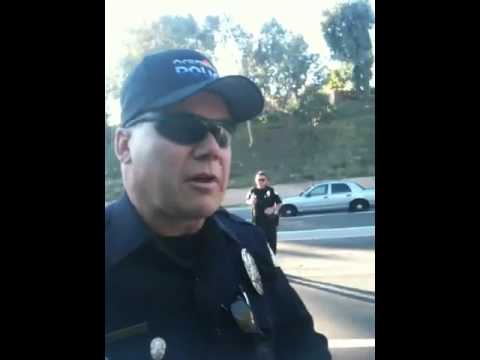 The more digital video spreads, the more misinformed police fear it — as evidenced by this cop’s draconian response to a guy simply filming a pulled over vehicle. It’s important to know your rights, but knowledge can’t keep you uncuffed.

The videographer in question — accused of disrupting the crime scene — was doing nothing of the sort, unless the police department subscribes to some sort of quantum mechanics view of disturbance. He was polite to the officer, asking how far back he should go when barked at to relocate. But no distance was sufficient — even after moving a block further away (on a public, open street), he was eventually arrested. This is illegal. And yet it happens with frightening frequency.

Yet and still, cops like the one above are likely the exception, not the rule: there are plenty like this chap, who acknowledge our rights to film their actions. And are even pretty cool about it! There should be more videos like that floating around. [via Poynter & DefensiveCarry]