The Transfinite Will Blow Your Mind 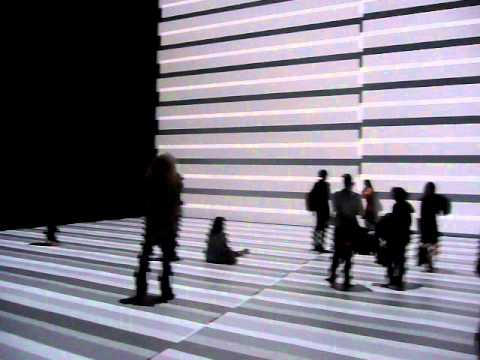 A warehouse size exhibit by Japanese artist Ryoki Ikeda projects a dizzying stream of scientific data and abstract images on a gigantic, folded screen. Combined with pulsing electronic sounds, the show will literally melt your mind.

Ikeda, a well-known visual and sound artist from Paris, wants you to physically experience the overwhelming power of infinite scientific data. He bombards you with genome information, numbers, wavelength patterns and more. It’s enough to make your head hurt and then someThe Transfinite, as he calls it, is his first exhibit in the United States. [Park Avenue Armory via Fast Company]