Watch The Heroic And Crazy Flying Firefighters In Action 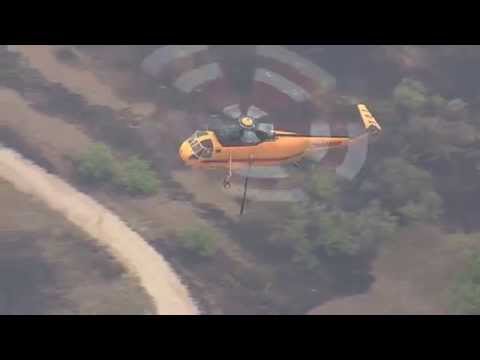 Last April, wildfires engulfed 200,000 acres of woods and 150 homes at Possum Kingdom Lake, Texas. This spectacular video shows the biggest guns of the Forest Service fighting against the uncontrollable flames.

Richard Dreyfuss approves of this video – except for the bloody soundtrack.