This Is The Scariest Flight I’ve Ever Seen 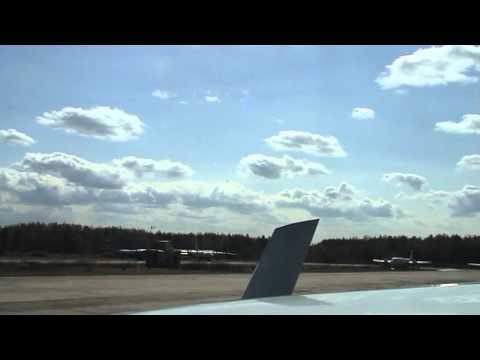 That aeroplane shaking uncontrollably in the sky is not CGI or a model aeroplane. It’s a real Tupolev Tu-154, a three-engine jet designed in the Soviet Union during the mid-1960s. If you are scared of flying, don’t watch this video.

Apparently, the aeroplane’s control surfaces went completely bonkers right after taking off from Chkalovsky airfield, but somehow the pilots managed to guide it back to Earth in one piece. Being inside that flying cocktail shaker must have been a complete nightmare – absolutely terrible situation and amazing job by the pilots.

According to the YouTube description, the aeroplane was back in the air for a test at the end of March, after 10 years in storage. Russian Aeroflot retired the Tu-154 – the backbone of their fleet for three decades – in 2010. Coincidentally, the Russian Federal Bureau of Aviation “recommended a total withdrawal of the Tu-154M from service” in March 2011. After watching this video, I’m not surprised. [Defense Tech]