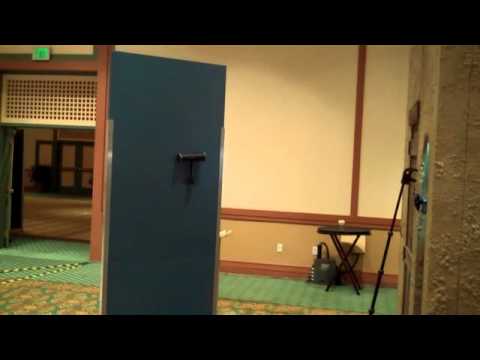 ReconRobotics has made their fair share of throwable surveillance robots. But the magnetic-wheeled Recon Scout, sporting an IR optical system to help it see in complete darkness, is the first of its kind to be able to climb straight up solid metal surfaces. If it’s anything like its closest sibling, it’ll weigh a little over a pound and be the size of a barbell.

This latest edition to the Throwbot family is specifically designed to climb over the hull of a ship that’s been commandeered by pirates. An offsite operator controls a larger marsupial robot, which launches this little guy into place. (The comparable Recon Scout XT can survive launches of up to 120 feet, but no launch specs are out for the magnetic version.) [ReconRobotics via IEEE Spectrum]