Sony’s SmartAR Could Change How You Look At The World 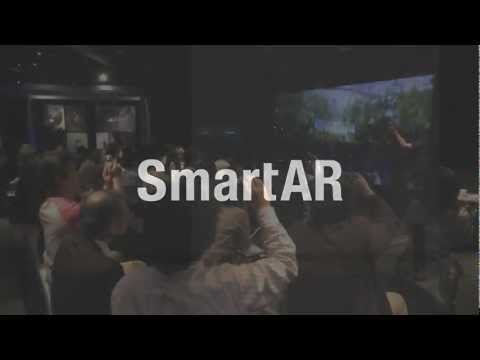 Augmented reality is a technology that’s had so much potential for so long a time, but it just hasn’t been able to go mainstream. Sony’s SmartAR technology has the ability to change all that, if this video is anything to go by.

Once you get past the funky jazz and Japanese text, the clip above showcases the potential of having an interactive AR system that doesn’t require dedicated patterns or a fixed GPS location like current AR apps do.

The technology tracks markers at a much higher speed, which means that you can stay connected to the augmented part even when you lose the visual connection. It also means you can interact with elements of the virtual reality, which opens up a whole heap of possibilities, both in games, but also into a Minority Report-styled utopian interface.

This has a huge amount of potential – let’s hope it’s rolled out commercially post-haste.