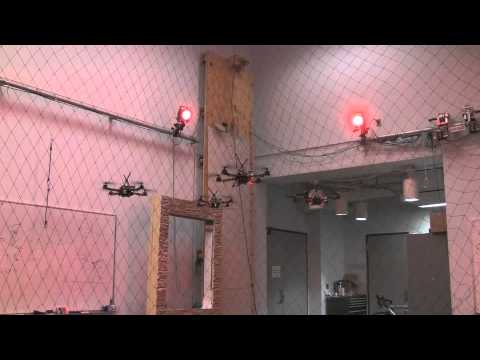 Someday, military attack drones will not only wage battle against enemies sans pilot, but will fall into formation with other drones and attack en masse. This quadrotor technology from UPenn’s GRASP lab is a very big step in that direction.

The secret to these four drones success is communication. Each drone is constantly sending location and status data to each of the other three drones it’s surrounded by, allowing each one to adapt and adjust in real time. If one drone malfunctions or is destroyed, the other three have the ability to maintain their shape without the fallen comrade. But military potential aside, it’s just fun (and kind of creepy) to watch these flying machines hover in unison. [Upenn via IEEE]