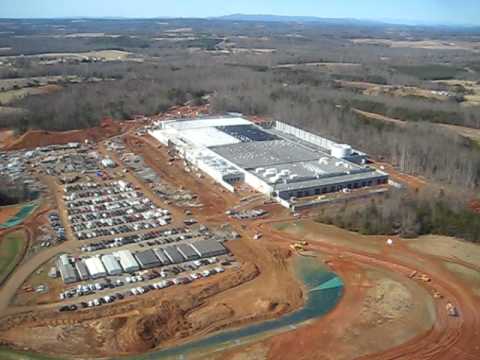 Apple’s mammoth North Carolina server farm just got a little less mysterious. Fitting a (very big) piece into the Siri buyout puzzle, Apple’s reportedly holding hands with the voice recognition experts at Nuance to give your next iPhone speech superpowers.

You see, Siri's a voice search service. iOS lacks voice functionality anywhere near what Android's able to pull off. Apple wants to be better than Android in every way. Apple, therefore, needs a company to process a deluge of voice queries - and, as TechCrunch notes, most of the people with knowhow are already either working for Nuance or Google, Apple decided to spend its way to success.

So, ostensibly, part of the North Carolinian data eden will be running Nuance's software, devoted to handling "WHERE ARE HAMBURGERS" and "WHAT TIME ARE THE MOVIES" from millions of people at once. No small undertaking. Odds are we'll know a whole lot more about this deal at WWDC, so start practicing your searching voice. [TechCrunch]