Are Plug-In Hybrid Cars Worse for the Environment Than Factory Tests...

This Chinese Pickup Truck Looks Like An Evil Lux Overlander

Epic Games’ Bid To Force Apple To Put Fortnite In The...

Google Australia Has Gone EV With The Mitsubishi i-MiEV 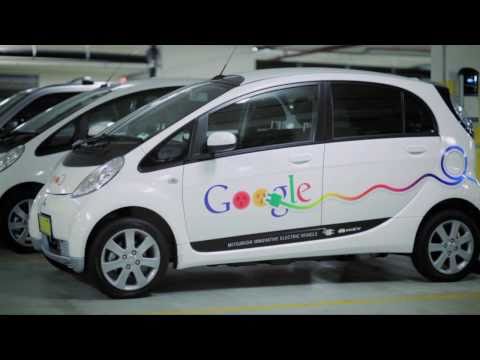 Discounting the Tesla Roadster, the Mitsubishi i-MiEV will be Australia’s first readily available fully electric vehicle when it launches in Q3 this year. But in the leadup to that, a number of companies have incorporated the EV into their fleet, including Google Australia.

There’s no doubt that Google is an environmentally conscious company – while its server farms no doubt burn plenty of energy, the company is dropping plenty of cash on alternate energy sources. So it’s no real surprise to discover that Google Australia has a green commuting program, which staff can now use to claim time with the company’s new i-MiEV vehicles, be it on the weekends or during the week.

And with Google being Google, the company has also stuck an Android device into its i-MiEV to create a nice little portable office environment for staff using the car. Portable office FTW.

The i-MiEV itself still doesn’t have a local price, but it’s expected to cost around the $40,000 mark, with a five-year/130,000km warranty when it launches later this year. As the first readily available (and somewhat affordable) electric vehicle, it will be interesting to see how the car performs in a country known for large distances and relatively affordable petrol prices.

[Welcome to Tomorrow, via TechAU]