Fighter Jet Bursts Into Flames As It Lands On Aircraft Carrier 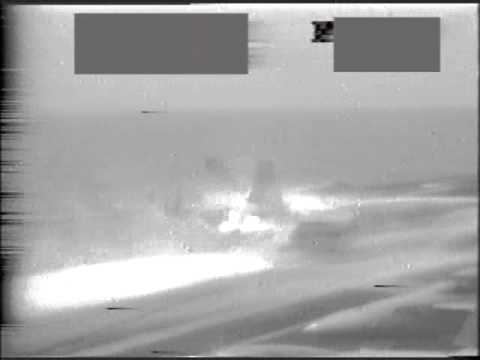 Watch this video released by the US Navy just moments ago of an F/A-18C Hornet assigned to Strike Fighter Squadron (VFA) 113 as it experiences an engine fire following a touch-and-go landing aboard USS Carl Vinson (CVN 70) on April 11th.

The pilot was able to execute a single-engine approach and land. Upon landing, the aircraft fuselage became engulfed in flames. Carl Vinson’s Crash and Salvage team, assigned to Air Department’s V-1 Division, responded immediately with the P-25 mobile fire fighting vehicle along with the flight deck emergency hose team.

The aircraft fire was extinguished using aqueous film forming foam (AFFF), and the pilot exited the plane uninjured. No flight deck personnel were injured in the mishap.