Plutonium Found Outside Fukushima For The First Time 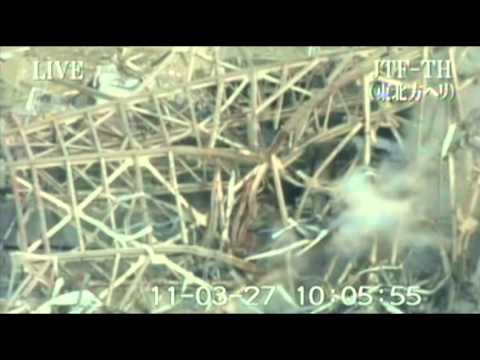 Plutonium has been discovered for the first time outside Fukushima’s reactor buildings. The radioactive material was found in the soil at five points of the nuclear plant.

The plutonium most probably comes from reactor 3, which is powered by a mix of plutonium and uranium. This finding may confirm the breach on the primary containment previously feared by authorities. The company says that this is not dangerous for the population by itself, but the implications of a breach and a partial meltdown of this reactor are yet to be established.

Earlier in the day, the Tokyo Electric Power Company said that they have found other indicators of a breach in primary containment: The water found on two trenches and the subterranean tunnel connecting the reactor 3 with reactor 2 is releasing 1000 milisieverts per hour, 10 times more radioactivity than normal.

Another report by ABC News says that water with high levels of radioactivity is now “uncontrollably” pouring into the ocean from inside the reactors. This report has not been confirmed by the Japanese government or TEPCO. In fact, they claim that this water – only 55m from the shore – has no possibility of reaching the sea.

The IAEA is still saying that the situation is very critical. Meanwhile, the Japanese government has warned citizens not to return to their homes inside the evacuation area. [Kyodo and Kyodo]