Watch A Young Steve Jobs Get Nervous About Being On TV 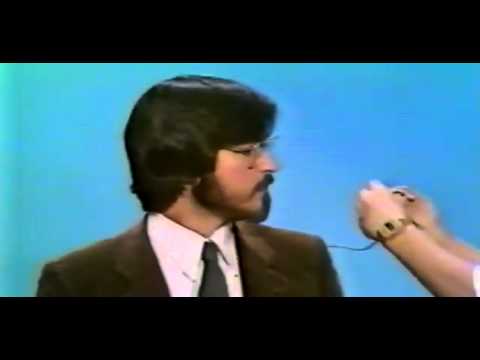 This is a clip of a young Steve Jobs appearing on a local TV show, it’s probably one of the first times he appeared on TV and it’s just awesome. But I can’t figure out what I like most about the video.

Is it the lovely ’70s facial hair? The shock on his face and all around newbness about being on TV? Or maybe his constant glances at himself when he’s on the monitor (I love that). But really, it’s the honest glimpse we get of a bright young man who was about to do some amazing things. Steve Jobs, he was once just like us!