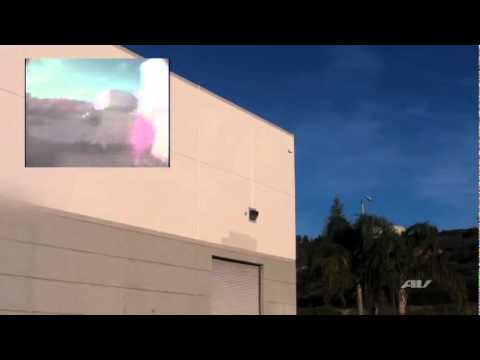 DARPA, that US Military wing responsible for bringing the world one step closer to Skynet and a war against the machines (and perhaps arguably the real-life version of Q’s department from the James Bond series) are at it again – only this time they’ve swapped robotic canines and unmanned aircraft for Nano spy technologies. And the results do indeed look a little scary, if not a little sci-fi sounding.

Gracefully dubbed the ‘Nano Hummingbird’, the miniature spy plane mimics the natural movements of a fluttering, whizzing Hummingbird; weighs just 19 grams and has a total wingspan of 6.5 inches.

With a top speed of 12mph and the ability to maintain stability in up to 5mph wind gusts, the spy bird has an operating time of only 8 minutes – but that’s quite the improvement from two years ago, when this whirling bird droid could only imagine 20 seconds.

With all kinds of battlefield applications imaginable, including the potential to move into dangerous spaces and busy urban areas unannounced, the video capture provided by the bird’s camera system is still a little underwhelming for now (check out the video below). However, given the large amount of funding provided by the US government into wartime robotics, it’s only a matter of time before the optics significantly improve with the future potential for an onboard weapons system. Your move Mr Bond…

Be afraid, be very afraid.
[Via LA Times]