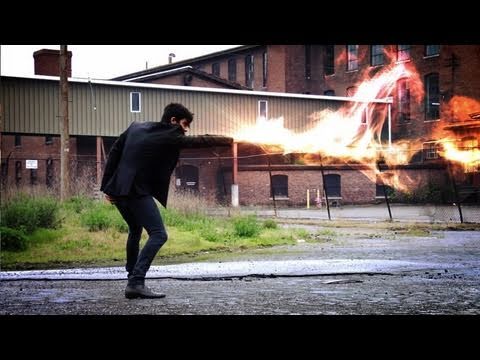 Director/writer Michael Ashton took $US300 and an obvious understanding of cinema basics and special effects and made this 12-minute short film called Lazy Teenage Superheroes. It’s quite impressive! The acting, not so much.

This isn’t to say the movie is a flop or undeserving of our praise, because it is! And the acting isn’t terrible, actually, because I watched all the way to the end earlier today. There’s just this whiff of cheese about most of the performances and edits. Something to consider for the inevitable sequel, I suppose.

As a demo of what one can pull off with just $US300 and a bit of skill this is quite a feat. I was nearly motivated to open iMovie and start something up myself before I realised I can barely write, let alone make movies.