This Kinect Hack Lets You Chat With Holographic Friends 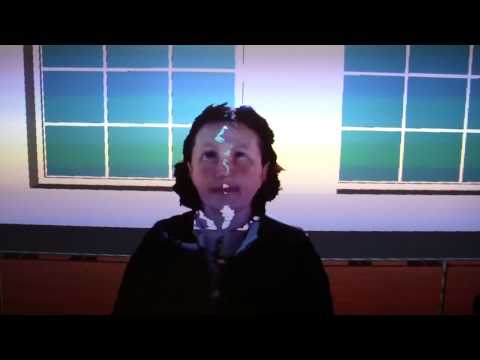 The project shown above, created by Oliver Kreylos, uses two Kinect cameras to capture someone’s image, then streams the 3D image over the internet. The result? A (slightly choppy) 3D image showing up on your screen for a video chat. In an unholy alliance of motion gaming technologies, a Wiimote is used to control the program and navigate the virtual space.

Aside from just being an innovative use of technology, it’s also handy for those who’ve ever been frustrated with the lack of eye contact and impersonal nature of conventional video chat. Aside from, you know, the person you’re talking to missing the back of their head. [UC-Davis via Reddit]