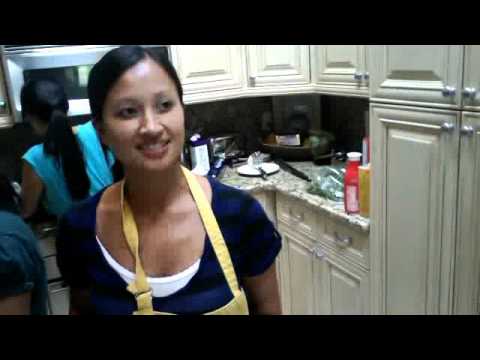 James West of Australia has been receiving e-mails from the Tran Family in Florida for years. One problem: he doesn’t know the Trans because he’s the wrong James West. However, this year, he’s hilariously accepting their invitation and joining their Thanksgiving.

West, a 28-year-old from Sydney, initially thought the e-mails were spam until he realised he was being copied in the e-mails because another James West was actually related to the Trans.

The wrong James West got interested and “perved” their e-mails, hilariously “got to know them” and learned where they lived. Or basically, stalked them with good intentions. After feeling like part of the Trans, he wanted to actually meet them. So when they sent out their latest e-mails regarding Thanksgiving, he replied:

What should I bring?

He was told canned corn, but even with his accidental invite and the instructions for corn, he still needed to secure a real invitation to join the Trans in Florida (lest he be thought of as a creep). So he decided to go public on Youtube.

In a series of videos, West came clean and apologized to the Trans for peeking in at their life. The media caught on and eventually word got to the Trans who happily invited him to their Thanksgiving dinner. He’s there right now. Happy Thanksgiving! [James West’s YouTube via PerthNow.au via BuzzFeed]