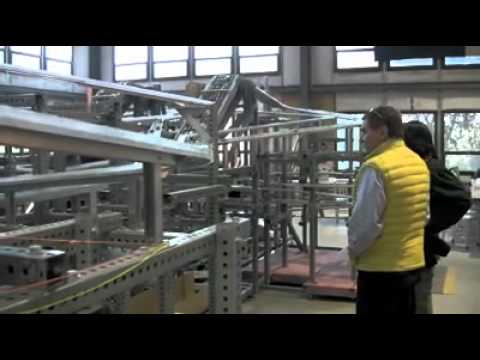 What you’re watching is a piece by artist Chris Burden called Metropolis II, in which every hour 100,000 cars pass through the city of wood block, tiles, Lego and Lincoln Logs. It’s a follow up to Burden’s Metropolis I, which was built on a similar concept but employed only 80 cars. Metropolis II is currently being constructed at the Los Angeles County Museum of Art.

The name seems to indicate that the message isn’t so much “wheeeeeee cars!” as it is “we are all trapped in an urban dystopia of our own creation!” Which, fine. If it’s one with this much vroom vroom, I’ll take it. [NY Times via Engadget]