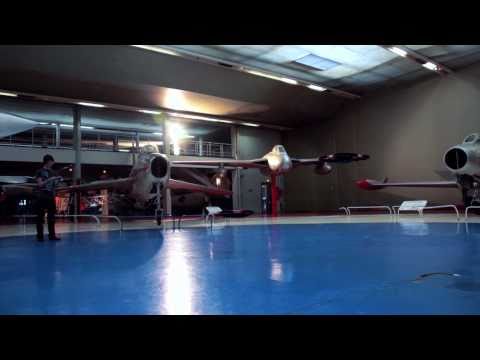 Remember Parrot’s awesome iPhone-controlled AR.Drone? Of course you do. Grab an AR.Drone-owning friend and when the augmented reality app hits the App Store, get downloading for some healthy Bluetooth-based competition.

It’s a two-player game, which rather limits the app, as you’ll need to find someone else who owns a $US300 drone as well as an iPhone or iPod touch. Take turns in being the pursuer on the unwitting pal, using automatic machineguns and missiles as they try and hide. Halfway through the game though, the roles are reversed, and it’s your turn to try and escape the bullets, lasting longer in hiding than the friend managed.

All the time, both players are looking at their iDevices, as their AR.Drones whizz around their heads. Each shot fired (or received, if you’re unlucky) registers on the screen through the magic of augmented reality. It’s expected to go on sale in the App Store on November 26, for £1.79 in the UK (approximately $3).