London Is Now A Giant Board Game For Runners 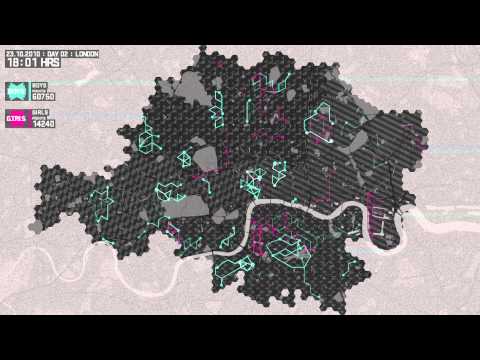 The best way to do something unpleasant is to try to make it fun. So Nike – hoping to sell some shoes in the process – turned London into a giant online running game, sending competing players hurrying between urban checkpoints.

The game – called “The Grid” – is interestingly low-tech. Before each run, players place a call at a designated Nike phone booth, entering their unique identification numbers. They’re then given instructions to dash off to another phone box, where they again enter their info. Complete a run? Earn points! Nothing motivates like made up points (right, Foursquare?). By placing calls on both ends of the jog, Nike also knows who’s running where and lets you keep track online. It also makes for some really great visualisations, based on the jogging data Londoners are feeding it. [Nike Grid via Fast Company]