This Super-Compact Computer Will Let Me Live at Least One Neuromancer...

Watch: China Is Launching Its Chang’e-5 Spacecraft to Get Some Moon...

Modded Nintendo Lets You Play Mario With Your Eyes, Poorly 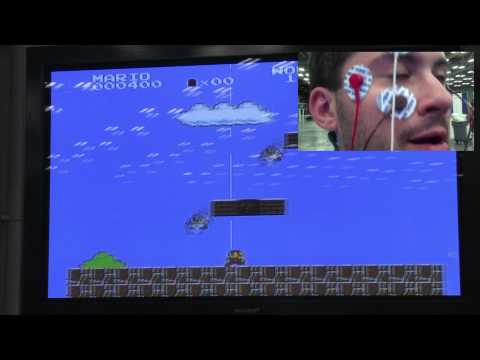 This is both completely cool and totally useless: A group of engineers going by Waterloo Labs in Austin, Texas, created a way of controlling an original NES by simply moving your eyes.

By using electrodes placed around the eyes to track the movement of a players eyeballs, they were able to jury rig a Nintendo to accept eye movement as controller input. And it works!

Of course, controlling a game with the direction you're looking makes it pretty tough to look straight at the screen, which is why no one makes it more than halfway through level 1-1 of Super Mario Bros in this video. But still, impressive work! [Waterloo Labs via Gadget Lab]